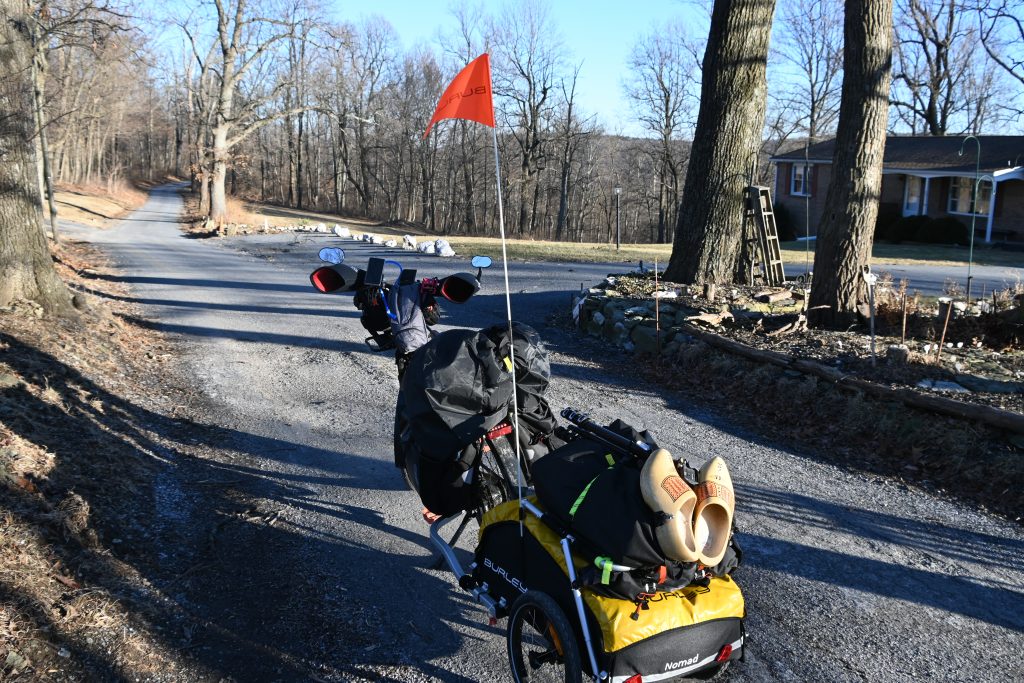 Dutch wooden shoes (clogs or "klompen" in Dutch) are officially recognized as safety shoes in the Netherlands as they can withstand the penetration of sharp objects and concentrated acids. They date back to some 800 years ago as the oldest known pair of Dutch wooden shoes is believed to be produced around 1230. 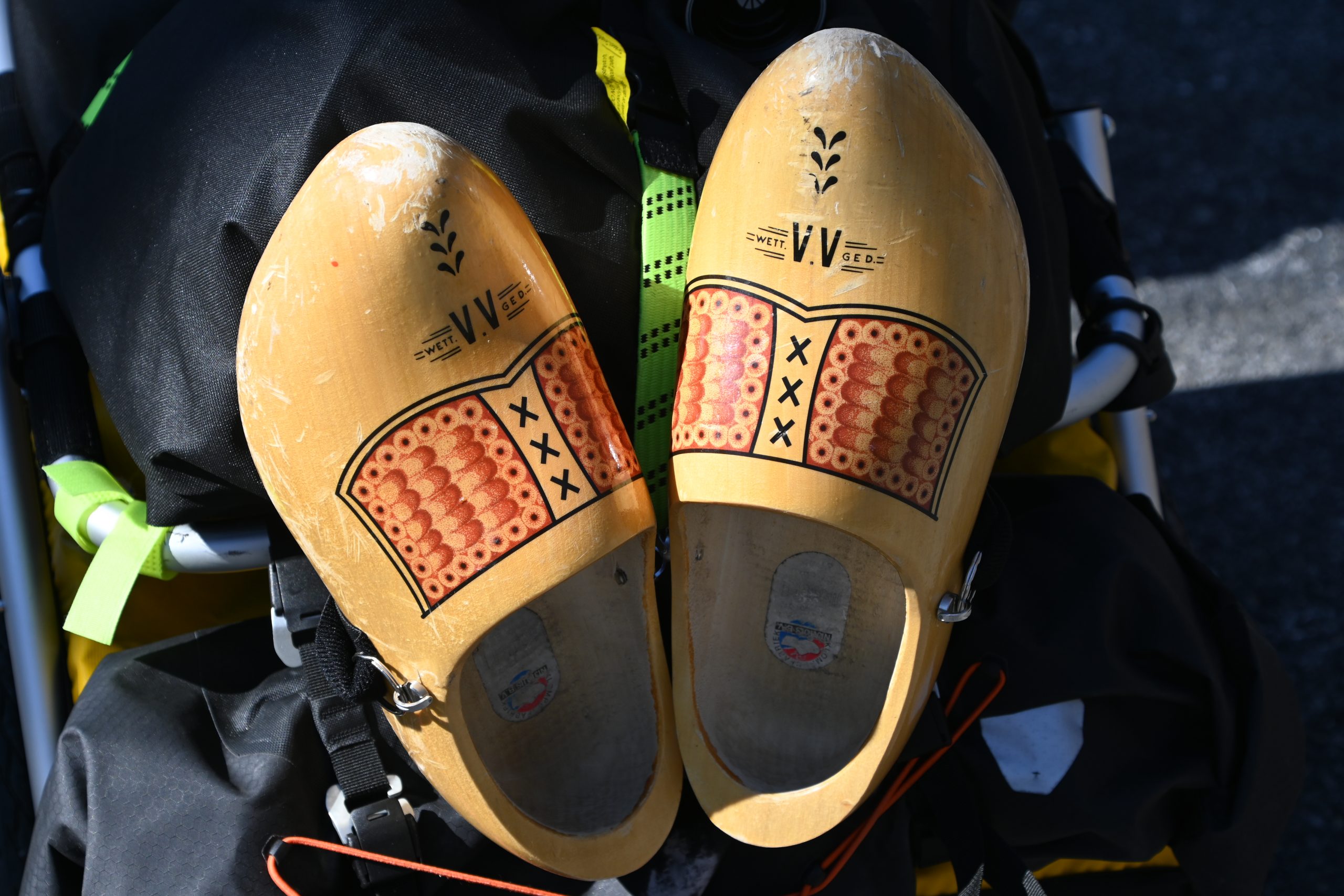 The wooden shoes attached to the e-bike trailer symbolize Dutch heritage and craftmanship. The famous Dutch dykes would never have been built without wooden shoes.

The wooden shoes are surprisingly comfortable to wear, and they remain popular among farmers, garden enthusiasts, and tourists. They are less known as comfortable biking shoes, although Gregory has biked over 20 miles in a pair of wooden shoes as part of the annual bike ride of the Dutch Society in Washington DC in 2021. He says that he could easily have biked a longer distance with the shoes.

Gregory biked with wooden shoes during the annual bike ride of the Dutch Society in Washington DC.

The Dutch produce some three million wooden shoes annually. Not surprisingly, the world's largest wooden shoe factory - Nijhuis Klompen - is located in the Netherlands in the village of Beltrum.

The factory produces over 2,000 wooden shoes a day compared to four wooden shoes that could be made by hand in a day when the workshop was founded in 1938.

Nijhuis has produced the wooden shoes that will travel across the United States as part of Gregory's e-bike tour. The wooden shoes were gifted to Gregory by his first cousin Esther who lives in the Netherlands. 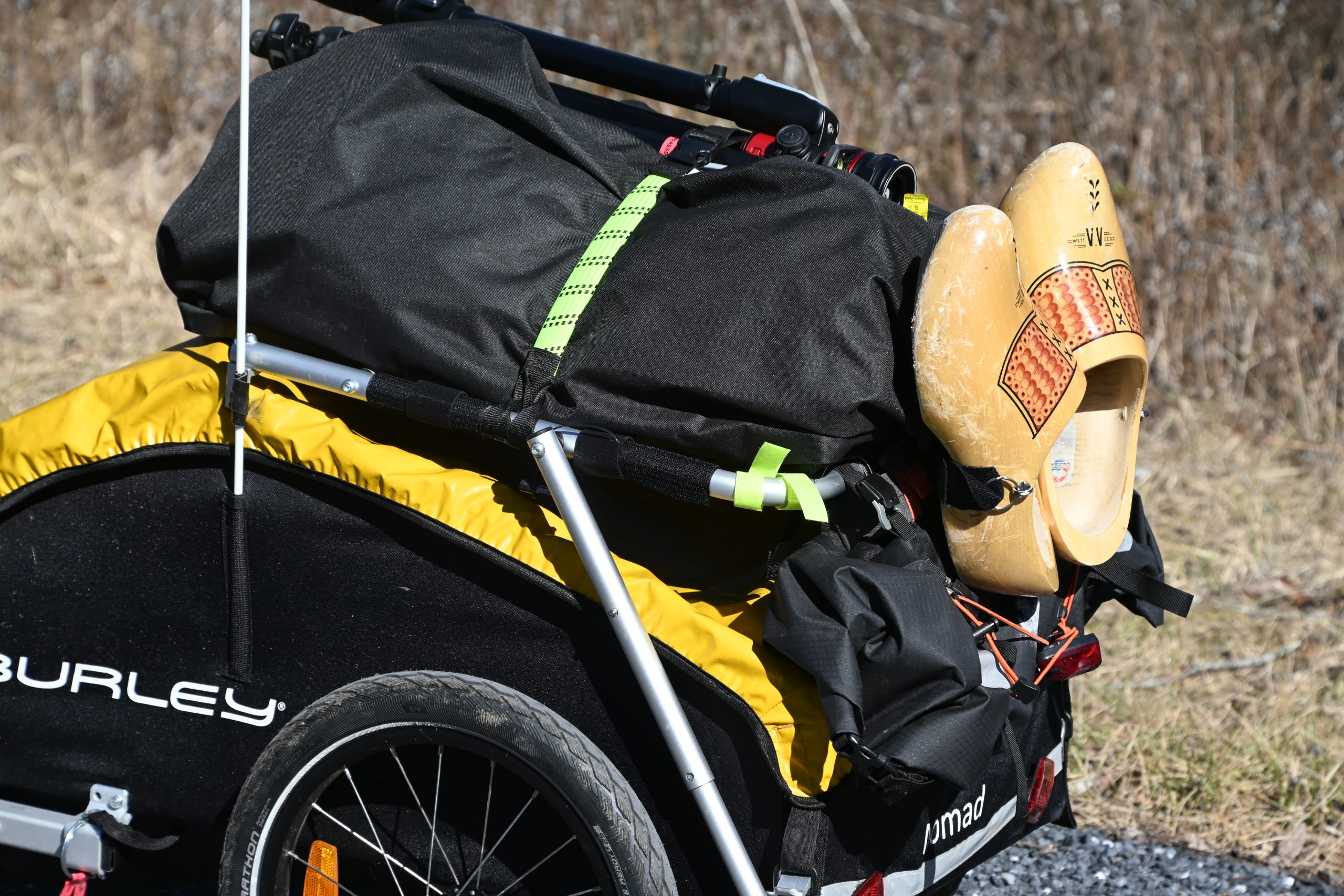 Wooden shoes are surprisingly comfortable. Gregory will wear them mostly when he is camping during the cross-country e-bike tour. He also brings a pair of wooden shoes slippers for indoor use.

The Dutch even have a museum solely dedicated to wooden shoes with more than 2,400 pairs of clogs and other footwear with a wooden sole from more than 40 countries on display.